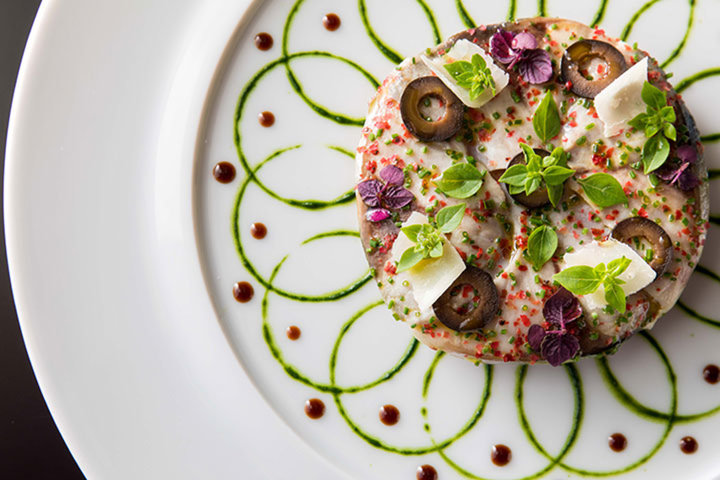 As a pioneering model of a new kind of city for the future, Roppongi Hills is a leading source of new trends in the arts, culture, and lifestyle. L’ATELIER de Joël Robuchon, the restaurant located on the second floor of Roppongi Hills is also known as a spot that attracts tourists from all over the world. The restaurant was created by Joël Robuchon, the acclaimed chef who is celebrated not only in his native France but also internationally, and who also holds the most world gourmet guide award of any chef in the world.

The chic, cozy atmosphere of the restaurant’s interior has been created by the famous French designer Pierre-Yves Rochon. Adopting an open kitchen style allows diners to experience the true spirit of Paris, in which guests are embraced warm hospitality, as if they are dining in the kitchen of the chefs who prepare the dishes in front of them. Created as a space that embodies “convivialité,” or friendliness, and communication between chefs and their guests, the chefs at L’ATELIER de Joël Robuchon introduce their own recommendations over the counter and prepare dishes according to each guest's wishes.

Head Chef Kenichiro Sekiya, who went to France In his early twenties for culinary training, took over as sous chef at the age of 26 after just one year at Robuchon's restaurant and continues to pursue culinary ideals that adhere to Robuchon’s belief in “choosing the best ingredients, emphasize each ingredient’s natural flavour, and expressing it to perfection.""

“While set courses are available, the restaurant primarily focuses on à la carte dishes to cater to its primarily international clientele made up of gourmands who appreciate the variety of original dishes that have been inspired by the best ingredients prepared with simplicity and precision.

No holiday, up to Roppongi Hills