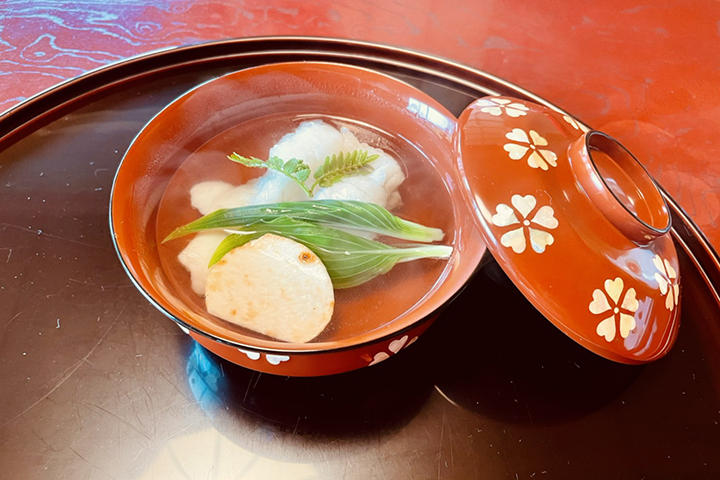 A Japanese restaurant in Tokushima that offers simple, delicious dishes created by a prominent and well-regarded chef

Born as the third-generation owner of Toraya Ryokan in Sanagochi Village, Tokushima Prefecture, Iwamoto trained under Teiichi Yuki, the founder of the Japanese restaurant Kitcho, and honed his culinary skills while working as a grill chef at the flagship of Kitcho Arashiyama in Kyoto. Then, in 1985, he returned to his hometown and transformed Toraya Ryokan into Toraya Kochuan to face the culinary world head-on. Word of Iwamoto’s simple yet flavorful dishes spread quickly, allowing his restaurant to expand its clientele and attract food lovers from inside and outside Japan.

”I hope the dishes of Toraya Kochuan will resonate with the tastes of our customers,” says Iwamoto. Although cooking is simple, “‘goodies are hidden in the simplicity.’ I want to make dishes like that,” he continued.

The rice and vegetables offered at the restaurant are sourced from local producers. Stock is made with high-quality water to enhance its flavor, while freshwater fish dishes are prepared with fish caught in a local river. As a fisherman, Iwamoto understands the best ways to cook fish. In particular, sweetfish is a specialty on the menu, and the chef makes the three-hour trip to the Yasuda River in Kochi Prefecture to catch it. These carefully selected ingredients are meticulously cooked to create a balanced meal.

The drinks menu offers a selection of Japanese sake with umami flavors, such as Odenden, made with fertilizer-free rice grown in local terraced fields and carefully selected water, Yorokobi Gaijin from Kagawa, and Asahi Wakamatsu from Tokushima.

The restaurant only has private rooms, two on the first floor and one on the second floor.

Blessed with the bounty of the land and sea, Toraya Kochuan is the perfect place to enjoy the rich flavors of nature with friends and to share the joy of dining.

Access
A 30-minutes by car from Tokushima Station on the JR Kotoku, Tokushima, Mugi and Naruto lines